Book Review: "Pride and Prejudice" by Jane Austen
Introduction of Pride and Prejudice by Jane Austen Book. For over 150 years, Pride And Prejudice have remained one of the most popular novels. Jane Austen herself called this brilliant work her "own darling child." Pride And Prejudice, the story of Mrs. Bennet's attempts to marry off her five daughters is one of the best-loved and most enduring classics in English literature.
Excitement fizzes through the Bennet household at Longbourn in Hertfordshire when young, eligible Mr. Charles Bingley rents the fine house nearby. He may have sisters, but he also has male friends, and one of these—the haughty, and even wealthier, Mr. Fitzwilliam Darcy—irks the vivacious Elizabeth Bennet, the second of the Bennet girls. She annoys him. Which is how we know they must one day marry.
The romantic clash between the opinionated Elizabeth and Darcy is a splendid rendition of civilized sparring. As the characters dance a delicate quadrille of flirtation and intrigue, Jane Austen's radiantly caustic wit and keen observation sparkle. 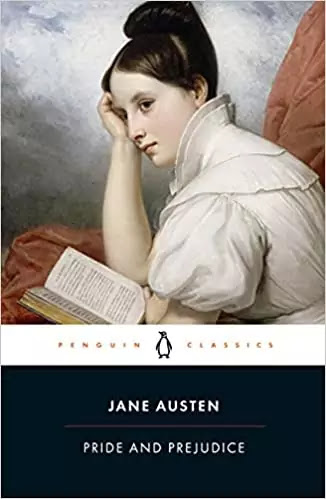 Buy from Amazon
Buy from Bookshop.org

About the Author: Jane Austen

Jane Austen (December 16, 1775 - July 18, 1817) was a famous British female novelist. Her works mainly focus on the marriage and life of women in squire families. And the lively and witty words truly depict the small world of the world around her.
Austin has never been married and has a well-off family. Because she lives in a rural town, she comes into contact with small and medium-sized landlords, priests, and other characters and their quiet and comfortable living environment, so there are no major social conflicts in her works. With the nuanced observation power unique to women, she truly depicts the small world around her, especially the marriage and love turmoil between gentlemen and ladies.
Her writing style is lighthearted and witty, full of comic conflict, and is well received by readers. From the end of the 18th century to the beginning of the 19th century, vulgar and boring "sentimental novels" and "Gothic novels" flooded the British literary world, while Austen's novels were shabby and new, unconventionally showing the British rural middle class that had not yet been hit by the capitalist industrial revolution. daily life and idyllic scenery.
Her work often ridicules people's stupid, selfishness, snobby, and self-confidence through comedic scenes. Austen's novels appeared in the early 19th century, swept away the trend of false romanticism, inherited and developed the British 18th century's excellent realism tradition, and prepared for the climax of 19th-century realism novels.
Although the breadth and depth of her works are limited, her works such as "Two-inch Ivory Sculpture", peeping through a small window to see the entire social form and the sophistication of the world, played a good role in changing the vulgar atmosphere in the creation of novels at that time. The development history of British novels has the significance of linking the previous and the next, and is known as a writer whose status is "equal to Shakespeare".
Jane Austen was born in a priest family in Steventon, Hampshire, England, and lived a peaceful and well-off country life. With a total of eight siblings, Austin ranked sixth. She never went to a formal school, but when she was nine, she was sent to her sister's school as a companion. Her sister, Cassandra, was her lifelong best friend, but Austen's enlightenment was more due to her father.
Austin loves reading and writing, and when he was eleven or twelve years old, he began to enjoy writing. As an adult, Austin moved with his family several times. In 1817, Austin was already ill and moved his family for the last time in order to seek medical treatment. However, she died less than two months after arriving in Manchester. Buried in Winchester Cathedral. Jane Austen never married. He was only forty-one when he died.
As a girl, Jane Austen wrote stories, including burlesques of popular romances. Her works were only published after much revision, with four novels being published in her lifetime. These are Sense and Sensibility (1811), Pride and Prejudice (1813), Mansfield Park (1814), and Emma (1816).
Two other novels, Northanger Abbey and Persuasion, were published posthumously in 1818 with a biographical notice by her brother, Henry Austen, the first formal announcement of her authorship. Persuasion was written in a race against failing health in 1815-16. She also left two earlier compositions, a short epistolary novel, Lady Susan, and an unfinished novel, The Watsons. At the time of her death, she was working on a new novel, Sanditon, a fragmentary draft of which survives.

"How shameful what I have done!" she exclaimed, "I have always been proud of myself, thinking that I can distinguish between right and wrong!—I have always regarded myself very highly, and thought I was capable! I often looked down on my sister's A kind of tolerant and kind, often showing unprofitable random suspicions, and satisfying his own vanity-what a shame this thing shakes out!-but it is also a shame! If I really fell in love, I would It can't be more pathetic than blind! But I'm not stupid in falling in love, but in vanity.--I was happy when a person had a crush on me when we first met, the other ignores me, and I get angry, so from either of them I invite prejudice and ignorance, and drive out the reason. Until now, I have They have no self-awareness.” --- Quoted from page 168

Blind, narrow-minded, extreme, absurd, and always a character that Elizabeth cannot change. After Darcy handed in the letter, the story basically began to turn. At least Elizabeth realized her own vanity. This short inner monologue also clarifies that the reason for Darcy's "arrogance" is actually her own prejudice.
We ourselves are habitually judging the world with prejudice and defining good and evil.

Austin's English is very simple and suitable for English beginners to read. Reread, a little shallow. The ridiculous Mrs.Bennet is actually quite loving. Although stupid and vulgar, he really loves his daughter; Lydia is a rebellious character, but the "sin" of her and her husband is nothing in modern times, and I think it is quite personal. of. The story itself is very bland, but its strengths lie in:

Girl you want to marry? The same question, Put all the women in "Pride and Prejudice" into reality, which one would you want to marry?
When I first entered the university, I stayed in the student union for a while, and then I slowly quit because of my freedom and laziness. One day, a classmate from another department asked a MM who worked with me in the student union about my situation. Well, that MM paused, she was a very smart girl.
Smart, these two words are emphasized, I understand what she means, and it is used in a derogatory sense.
At that time, I formed a doubt, about what kind of intelligence is suitable for women, and what kind of intelligence will be resisted and attacked.
Lizzy's intelligence lies in her strong self-awareness, she clearly knows what she likes, what she hates, what to do, and what not to do. So, she is graceful in the right places and witty in the inappropriate. I watched the BBC TV series 3 times back then, and there are two favorite scenes: one is when she walked a long way to Mr. Binglai's manor to visit her sick sister, and she met a big dog near the place.
Have fun and play with it. At that time, Mr. Darcy happened to be standing by the window to see this scene, and he couldn't leave his eyes for a long time. Her spontaneity and self-indulgence were recognized by Mr. Darcy, who clearly admired her in her own way. In another scene, when Miss Darcy was playing the piano, Miss Binglai mentioned William in order to satirize Lizzy. Miss Darcy was nervous, and the piano stopped abruptly. Even Mr. Darcy couldn't help but change his face.
At this time, Lizzy quickly walked over and apologized with a smile. She said that I forgot to turn in the piano score for you, so you couldn't play it. Her tone was natural and her attitude was decent. On the one hand, the panic of the stable Miss Darcy, on the other hand, Addressed Mr. Darcy's concerns. The change in Darcy's expression at that moment is worth recalling. He looked at Lizzy's eyes, full of admiration, and then immediately, unparalleled love.
Generous and decent, witty and helpful, a woman who gives help in the snow will make a man grateful, but a woman who is the icing on the cake is a man's biggest dream. There is no distinction between them, the key lies in their own inner needs, such as drinking water, and knowing whether it is cold or warm.
The women who have reached this level in Pride and Prejudice include Lizzy, Jane, and Charlotte. In contrast, Jane is directly married to the life of her dreams, and Charlotte is married to the life she wants after compromise. And Lizzy is married to a life transformed through hard work.
And there is another group like Lydia, she is beautiful and ignorant, and it is only a matter of luck whether or not to marry well, but this is not up to us to judge, because, for an individual with one lever and two gears in his head, she is very interested in Happiness and unhappiness do not have self-awareness. As long as one can satisfy the current life, there is no sense of loss.
This principle applies to all people, so fools are easy to be happy, and wise people are full of pain.
If I were an ordinary man, I would probably choose Charlotte. She is on par with me or a little bit taller than me. She has low desires and is easy to satisfy.
If it is a little higher quality, then I will definitely choose Jane, who is generous and decent, beautiful and pleasing, and can enter the hall from the kitchen.
But if the conditions are good enough that women are rushing, it will be smooth and easy to get at your fingertips. I will definitely choose a Lizzy. Anyway, beautiful women are at your fingertips. If you don’t find a witty and interesting woman who can match your opponent, you will obviously be sorry for your IQ and taste. More importantly, I am used to being spoiled, and I really need a wicked person to torture me.
It is nothing more than to see who is stronger from the outside to the inside.
But if you don't have that EQ and IQ at all, it's better to take a break and marry Lydia, at least she's simple and easy to coax and doesn't take so much mental exhaustion.
I remember quarreling with my boyfriend in college before, he said angrily, women who can't even coax money are really annoying. I laughed out loud, amused by his splendid realism. In this long life, what's wrong with being a little complicated after being simple, as long as we have a broader mind and a strong mind, it's not scary to have no bosom friend, I'm just afraid, of self-hypnosis and future.
Recognize the situation clearly and don't make fantasies. If a person tells you that you are too smart and I can't marry you, believe him, he is really not worthy of you, no matter if his purpose is sincerity or excuses.

Book Review of Pride and Prejudice by Jane Austen 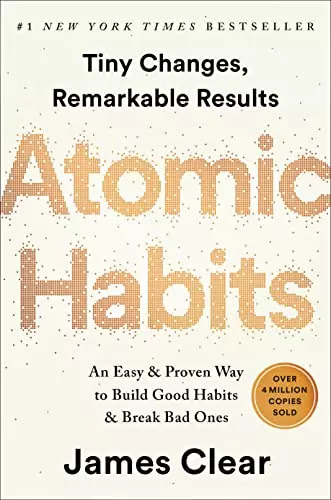 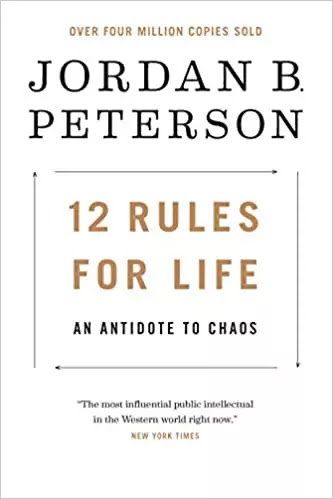 12 Rules for Life by Jordan B. Peterson 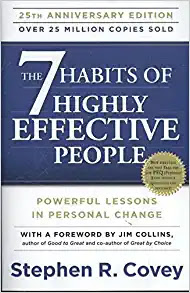 The 7 Habits of Highly Effective People

Stay up to date with the latest news and relevant updates from us.